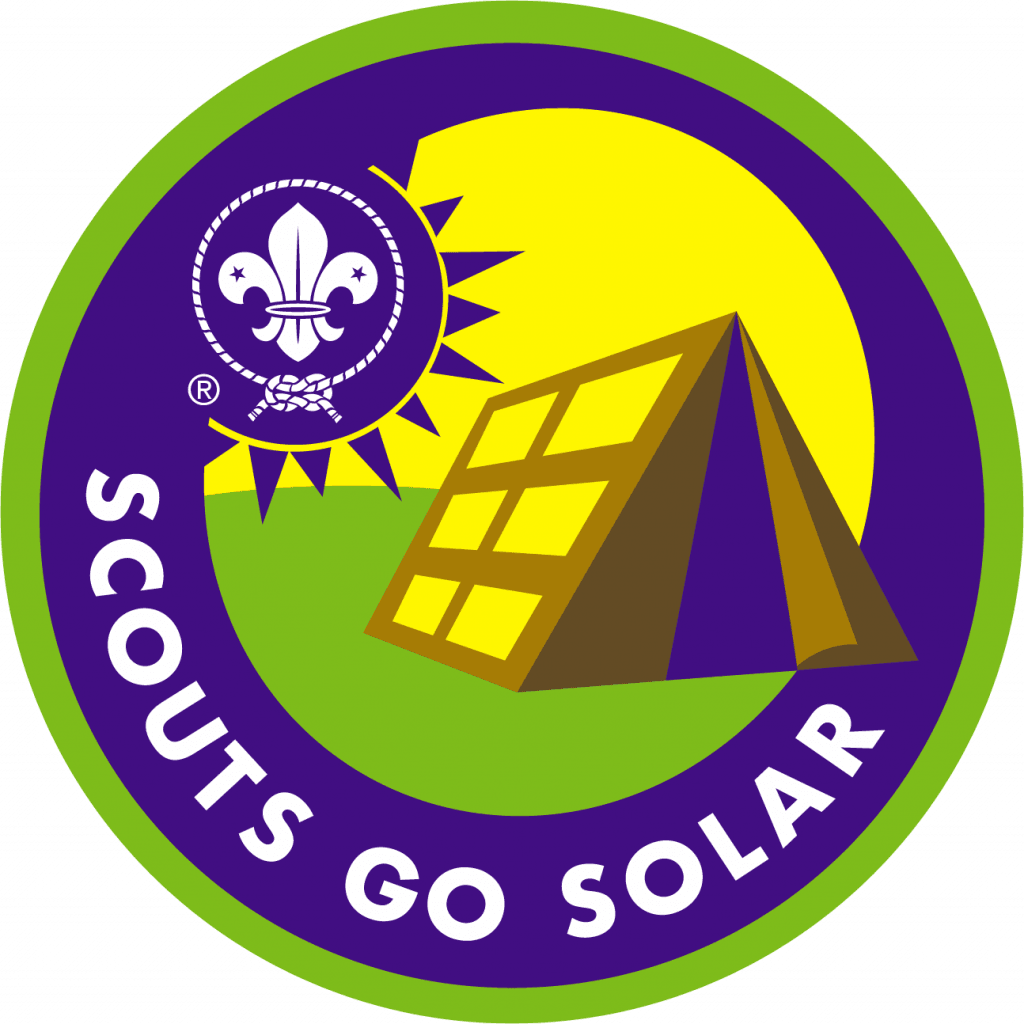 The Global Scouts Go Solar Project The Scouts Go Solar project (SGS) is an environmental partnership between the World Organization of the Scout Movement, Greenpeace and Solafrica, a Swiss NGO, working in close collaboration with the Kandersteg International Scout Centre (KISC) in Switzerland.

To involve, empower and engage young people (e.g. Scouts), the future generation, in solar solution work to protect the climate

To “produce” good examples of “solarized centres” to inspire others

The Global Scouts Go Solar Project The Scouts Go Solar project (SGS) is an environmental partnership between the World Organization of the Scout Movement, Greenpeace and Solafrica, a Swiss NGO, working in close collaboration with the Kandersteg International Scout Centre (KISC) in Switzerland.

The partnership started in July 2013 as Scouts from all over the world were trained at KISC to become Scout Solar Ambassadors. There they gained practical experience on how to organize and run solar energy activities with children and young people and on basic solar energy principles, including self-assembling of a solar torch for Scouts, a do-it-yourself solar suitcase for camps and a solar campfire. These newly trained Solar Ambassadors were thus enabled to introduce the Scouts Go Solar programme in their national scout organization (NSO), which resulted in two official Pilot NSOs in 2014: One in Manila with the Boy Scouts of the Philippines and a second in Islamabad with the Pakistan Boy Scouts Association. Subsequently, to test the activities on ground, train-the-trainers-trainings for Scout Leaders and workshops for Scouts during national jamborees have been introduced to Scout groups in Philippines, Pakistan, Brazil, Kenya, Mexico, Peru, Ivory Coast, Namibia, Indonesia and many other countries.

The Official Launch of the Global Scouts Go Solar Programme and the Solar Badge took place on the 16th Sep 2015 on the occasion of the APR Workshop on Environment Education in Scouting (see http://scout.org/node/105276). Because the Project has so much momentum, a Global Scouts Go Solar Coordinator was installed in January 2016, based in Islamabad. The goal is to connect and support Solar Ambassadors world wide and to Implement the Scouts Go Solar programme on a national level in the two pilot countries (Pakistan and Philippines) as a model for other national scouts organisations to adapt.

Stay tuned for more updates on this programme!​