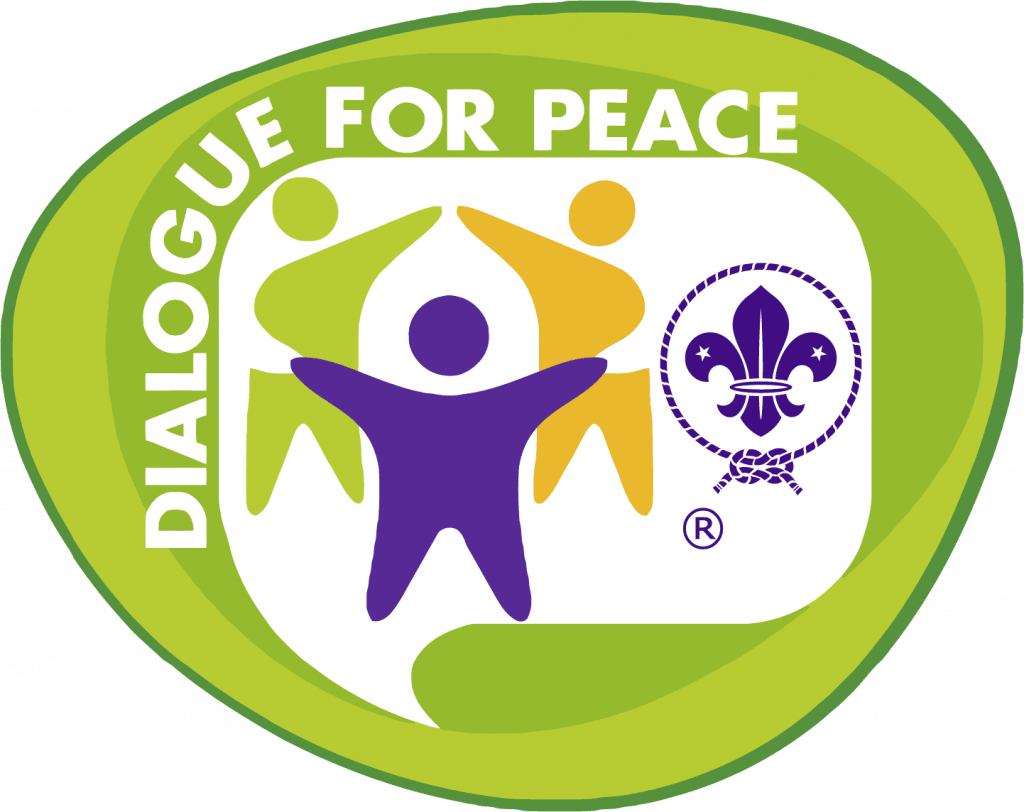 The programme is about how to instil dialogue in our hearts and minds as a value, rather than just a skill. It builds a foundation for dialogue in our Movement and strengthens the Scouting value system. It aims to offer a clear path to any young person wanting to become what we call, a dialogical Scout. This is one of the ways to create a better world, and to achieve global peace. The Dialogue for Peace Programme is part of the Better World Framework and the Scouts Global Network, working in close collaboration with the Scout World Programmes, Regional and national level initiatives.

Through dialogue we can:

Learn to find similarities unnoticed before, and even come to respect and sometimes appreciate differences

Empower young people with the skills and competencies that enable them to actively participate in the decision making and resolution of community issues for a sustainable development.

In Scouting, openness to all is essential in the practice of dialogue. Lord Baden-Powell once said that ‘a Scout is a friend to all and a brother to every other Scout’. This is not just a saying, it is a way of life. Being a friend to all and a brother or sister to every Scout has a universal quality that emphasises this common Scout identity and avoids highlighting differences. This is directly mentioned in the constitutional definition of the Scout Movement. This openness makes the practice of dialogue a daily reality in Scouting. For example, WOSM is one of the few international movements that has gathered members of all religions since its early days. Since its inception, it has held true to Lord Baden-Powell’s words by neither discriminating against nor highlighting faith and belief as a distinguishing characteristic.

In 1996, at the 34th World Scout Conference in Oslo, the delegates recommended to the World Scout Committee and to the religious families existing within the Scout Movement to convene religious representatives through the organisation of forums under Resolution 1996-10 Inter-Religious Dialogue. The Resolution called for ‘interreligious dialogue’ within Scouting as a whole. For more than 20 years now, there have been regular gatherings of all religious organisations recognised in WOSM, under a structure knowns as the Interreligious Forum of World Scouting. Through this forum more recently, all its religious organisations have been promoting Scouting’s values and its many programmes, especially those on spiritual development. They have also been active in running Faith and Belief Zones at many World Scouting events. They show how dialogue is helping to concretise what Lord Baden-Powell once said ‘In the Scouts, each form of religion is respected, and its active practice encouraged and through the spread of our brotherhood in all countries, we have the opportunity in developing the spirit of mutual good will and understanding.

In 2013, WOSM and KAICIID signed a memorandum of understanding to work together in this field of dialogue. Since then, KAICIID has become one of WOSM’s key partners, developing many joint activities at many events within and outside of Scouting. This started with the provision of an insightful and effective training for the Interreligious Forum of World Scouting on how organisations and individuals from different backgrounds, beliefs, cultures, ethnicities and nationalities can better communicate and work together.

Stay tuned for more updates on this programme!​